PART I For Everyone: The EFT Tapping Basics

What can I expect from EFT Tapping?

What you get out of EFT is largely dependent on the skill with which it is used.  Fortunately, even a beginner's use of EFT can sometimes produce astonishing results.  But this, as previously stated, leads to The Grand EFT Illusion and thus much of EFT's potential is often left on the table.

I've been teaching EFT since the mid 1990's and have received thousands of glowing reports regarding its clinical benefits.

Here are some of the positive outcomes...

On the negative side... 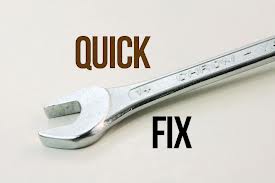 In my experience, the main reasons for the negative effects revolves around (1) an incomplete understanding of the EFT Tapping process and (2) inexperienced people "going where they don't belong."  Many people are enthralled by the seemingly "quick fix" properties of the EFT basics and/or they "learn EFT Tapping" second, third or fourth hand from a variety of commercially hyped EFT or Tapping websites.  As a result, they receive incomplete education and are stumped when they or a client appears to "go nowhere" with EFT or becomes anxious or agitated.  Even when they get solid results, they are unaware of how much further they can go.

This Tutorial is aimed at filling that gap.

Further, EFT is still in the experimental stage and, while a growing number of PhD's and MD's are adopting it, we cannot claim that it is risk free.  To the contrary, I have given many EFT workshops (with 200 to 500 in attendance) and have done forms of EFT Tapping  from the stage for the whole audience.  While the vast majority report improvements in their issues, a small percentage uncover deeper issues within the process that cannot be handled from the stage.  That is why I usually have several "emotional assistants" available to work with these distressed people.

I have yet to learn of any such distressed person to have anything more than temporary discomfort but, I believe, that is because my emotional assistants were able to "bring them down" successfully.  What might happen when inexperienced or improperly educated people apply EFT to such persons is unknown.  Accordingly, please consult qualified health practitioners regarding your use of EFT.

On rare occasions I get reports (maybe 1 per year) from people that believe EFT has damaged them in some fashion.  In each case I have contacted the person to learn more of the details.  In the vast majority of these cases I discovered that the likely cause of the damage was not from tapping on the meridian system.  Rather, it was from (1) uncovering "hidden issues" while in the therapeutic environment that the practitioner was unable to handle or (2) the side effects from starting on a new pharmaceutical drug treatment.  Again, we do not know all the possibilities regarding EFT Tapping (including the negative ones) and thus we must proceed accordingly by consulting qualified health professionals where merited.

To give you a sense of the potential negative effects of EFT, please review the letter below.  Although this is a rare case, I could not find an alternative explanation for this effect.  The person asked that his/her name be withheld for privacy reasons.

About four years ago I stumbled across EFT on the internet and gave it a try as I felt some of my health issues had emotional links to them and at the time I was going through stress and my sleep was not so great. After researching potential side-effects of EFT I decided it seemed safe. I tapped on a number of things I felt might be the problem.

After about an hour I didn't seem to feel much different, then I decided to take a nap and I found myself with a racing heart rate which was odd for me, and I couldn't nap which was also odd for me during the day. That night I didn't sleep at all, and also for the next couple of nights. I continued the EFT exactly as [Gary's] manual instructed each day. After a few days I had the scariest nightmare of my life - absolutely petrifying, then again about 5 days later and once more about a week later. Sleep became a real serious problem and my life was turned up side down trying to go into work and simply function.

Everyday I found my emotional state was pathetic and alot more depressed then prior. I tried EFT again and again along with practitioners and on my own only to find that each time I attempted it I wouldn't sleep at all that night, maybe an hour and for a few nights following the same. Only after a few days would things improve some so that I could sleep about 3 to 5 hours. Which still is not enough.

So needless to say I was very apprehensive of even attempting EFT again. Since the very day of first trying EFT ever since I could not do things I use to. I couldn't run anywhere near what I use to be able to. Before I was a competitive distance runner and could pick up and run 5 to 10 kilometers at any time. After EFT I could barely run a 500 meters without my heart rate spiking very quickly and being out of breath. and afterwards it would take hours for my heart rate to calm down.

The same goes for any sports I use to play. Even walking 9 holes of golf seemed to wear me out. My appetite dropped and even eating a plate of pasta seemed to incapacitate me. I stopped EFT after about 5 months and things improved some but my life has been extremely challenging emotionally and physically. I cant do physical work like I used to for my career, its a struggle just to get from day to day with a dark cloud of depression seeming to be with me all the time, just hoping there's some light at the end of the tunnel. I feel like I'm totally stuck in fight or flight mode.

This person did discuss with me a tendency to have a highly sensitive temperament so we might speculate that some hidden issues were uncovered during the Tapping process that no one has been able identify (or resolve).  Again, this appears to be a rare instance but we must be responsibly aware of this possibility and recognize that others may have similar experiences but have not written about them.

In this article, you learned about the pros and cons of the EFT process.