Princess (A Dog) Visits With Her Deceased Human Mom

"I was overwhelmed by the love as it filled every cell of my being and again the emotional response were tears of such joy beyond measure." 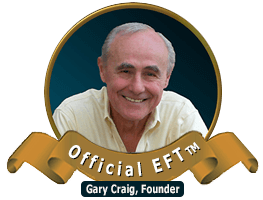 This beautiful story from Judy Rigg lets us know that the Divine (The Unseen Therapist) is with us on many levels... including our pets.

I sincerely hope you do not mind my emailing you. I have something to say and I know you would understand.

I mentioned that I am an animal communicator. I have offered to donate my services to a local animal shelter who is a no kill shelter. Today I was working with a dog, Princess, who has been at the shelter for almost one year.

She is very sweet but extremely sad and isn't interested in being adopted. She was separated from her owner without knowing why, did not get to say goodbye and is waiting for her to come get her.

I find through my spiritual sources the owner is no longer here. So I asked my angels if I could take Princess to see "mom." We took Princess to the Rainbow Bridge and mom was there waiting.

Once again I was blessed with the presence of the creator. I was overwhelmed by the love as it filled every cell of my being and again the emotional response were tears of such joy beyond measure. This occurred while I was watching Princess and her mom embrace, have a conversation, and say their goodbyes.

I have been to the Rainbow Bridge in other instances to deliver messages to animals who are waiting but never encountered this interaction with the creator energy.

I believe it occurred because her mom has passed and is one with the creator. The beauty of that meeting was indescribable. And yes Gary time was unmeasurable.

My own dog was able to see what was there too. I could tell he was concerned about my interaction to the point that he came over and started licking my hands and arms to get my attention to draw me back. LOL. I would have stayed much longer in linear time.

My first interaction after a meditation was with a beautiful white light filled with gold sparkles. Everywhere a sparkle touched was creator energy resting on me until all was golden. My second interaction was a golden light. The gold was so pure you could see through it. I called it living gold. And the creator energy was so intense that every cell was filled with the love and joy of the presence. I remember afterwards thinking to myself "No wonder Moses' hair turned white he was in this presence for more than 30 days." What a glorious thought!

Thank you for listening....