Hopefully, you are already clear that using positive phrases in your EFT language is not actually EFT.

We have already discussed the reasons for focusing on the negative, but the propensity for people to gravitate toward positive phrases seems to be strong enough to motivate a complete discussion on the subject. Reframes can sometimes look like a use of positive phrases, so before we get there, it is important to lay this foundation so you understand the differences between them.

By reading various internet variations on EFT, it is easy to see that using positive language with EFT has become very popular. People like to see new possibilities, they like to be inspired, and they like to be around others who believe in their vision. Different schools of positive thought have been developed and promoted for a long time simply because experiencing the potential to go beyond our limits is exhilarating.

Combining this exciting process with EFT seems like a natural choice, and we already know that EFT can provide the missing piece to success by launching off of the "Tail Enders" that emanate from positive affirmations. However, depending on the application, using positive language with EFT can actually dilute the astounding, long term results that can otherwise be achieved with the original EFT procedures.

The goal in this article is to distinguish the most powerful applications of EFT from the variations that rely on positive language, and teach them so that EFT professionals can deliver the high caliber results displayed in this Tutorial. In this article we will discuss the advantages and disadvantages of using positive language with EFT, and identify the most effective ways to use it in your practice. 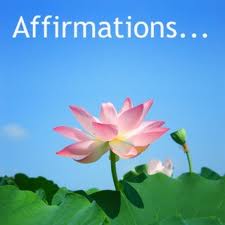 Different versions of positive affirmation have been taught in motivational seminars for decades, with The Law of Attraction being among the most popular. However, no matter which version you choose, they all encounter the same obstacles to success.

Let’s refer to the traditional use of positive affirmations as a helpful background. As we have discussed in the Writing on our Walls article, a well-constructed, positive affirmation is a direct attempt to shift your life in a particular direction. It is a declaration, or statement of purpose, that is not consistent with the current reality, and is designed to “force” a new reality into existence. All versions of positive thought use similar phrasing and examples are as follows:

Why is that? Positive affirmations are often in direct disagreement with the Writing on your Walls and are instantly confronted by Tail Enders. In general, if you continue to repeat the affirmations with enough belief and enthusiasm, you can overwhelm the Tail Enders and they will eventually fade.  This allows the Writing on your Walls to accept the new possibility. However, in practice, this takes more determination than most people can muster.

These Tail Enders are often supported by decades of “evidence”, based on Specific Events that have happened along the way, and are not easily uprooted. The most effective way to address Tail Enders with EFT is to identify these related events, and release the intensities one by one. After that, you can lay your positive affirmations on a clean foundation and get deep results much faster. 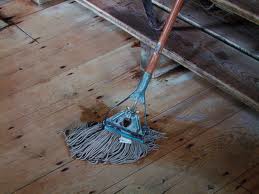 This process involves a temporary focus on “negative things,” and some schools of positive thought will advise against that. However, for best results with EFT, we “mop the floor where it’s dirty.” To extend the analogy, if you want a clean floor, you could focus only on the clean parts, scrubbing and polishing until the gleam in one corner outshines the dirt on the rest of the floor. On the other hand, you could simply clean up the dirty spots one by one, and reveal the naturally clean floor underneath. We agree that a perpetual focus on the negative aspects of your life will only bring more negatives, but if you can temporarily focus on the Tail Enders long enough with EFT to clean them up, your positive thoughts will be much easier to manifest.

Accordingly, replacing the standard EFT language with a stream of positive affirmations is like focusing on the clean corner and leaving the dirty spots. In other words, it does not directly target an unresolved emotional issue, and is therefore not an application of Official EFT.

If you have already cleaned up a dirty spot and want to add a little polish at the end, that’s a better use and we’ll discuss that later. Otherwise, if you choose to take on a normal Affirmation process, and commit to saying your Affirmation several times a day for as long as it takes, you can speed up the process by tapping your meridian points while you say them. In fact, you could probably shorten a six month process down to a couple of months, but expecting measurable results in one session with this method isn’t realistic.

If you have seen examples of EFT online, you may have noticed the phrase "I choose..." being used in the Setup statement.  This is a variation of EFT called the Choices method that uses positive affirmations as its focus.

When using Choices, you add a positive declaration to your EFT language that is designed to bring you something you don’t currently have. It is of the general form, "Even though I have this _________, I choose ________ (where the "I choose" item is a positive outcome).  Adding “I choose” to the statement blends in with the "let's feel good" element of psychotherapy and brings an element of lightness to the process.  In terms of our clean floor metaphor, however, this points one to the shiny spot on the floor and thus distracts one from the dirty spot that needs attention.

While there may be some usefulness in this concept, I neither teach it nor use it.

Other notes on Positive Language

Before you add positive language into your EFT session, consider the possibility that the reason people like to focus on the positive is often because they don’t want to look at their past. Maybe it’s embarrassing, or painful, or perhaps they would rather leave it under the carpet. However, if there is a feeling or event that your client would prefer to overlook, that is likely to be the feeling or event that needs to be addressed the most.

In that case, using positive language could be more of an escape for them than a solution, and may send your session around in circles. You can use other tools to sneak up on the issue, but before you use the positive language route, be sure your client understands that it may be a longer way around.

Another important factor to consider is that human beings have a naturally positive nature. It may not seem that way because most of us deal with many unresolved emotional issues. However, with experience, you will see that once a pivotal Specific Event is successfully resolved, the bright light shines on its own, and adding positive language isn’t really necessary. In the Art of Delivery videos, you will see this often.  For perspective, here are some other helpful metaphors for this concept: 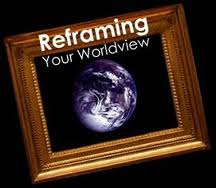 Most of the positive phrases you will see in the EFT videos are called “Reframes”. Reframing is an NLP (Neuro-Linguistic Programming) term for presenting a new perspective, or “frame,” for any situation. It is a gentle art of positive phrasing that makes suggestions rather than declarations, and is not designed to lead or force the client in any particular direction. Instead, it simply opens the doors so people can see their own way toward freedom from a limiting experience.

Reframes are the most effective form of positive language that you can use in an EFT session to enhance your results and encourage cognitive shifts. At first glance, reframes and affirmations may look like the same thing, but there are some very important differences to consider.

Before we make a direct comparison between reframes and affirmations, let’s build a foundation. When people consider a change in their lives, they are already headed in one direction, and now see the need to go a different direction. If that change is fairly easy to accomplish, like making $50,000 per year after earning $45,000 the previous year, they would only have to make a slight adjustment to their course, kind of like veering a bit to the right. If the change is more drastic, like making $150,000 after earning $45,000 the previous year, the adjustment would be more like making an abrupt right turn.

Similarly, if someone has been angry with their brother for 25 years, it would probably take a big adjustment, or abrupt right turn, for them to consider forgiveness. Further, if the anger has been really intense for 25 years, you could say they were driving at high speeds down that “anger” road, which would make that abrupt right turn much more difficult.

We can all agree that a right hand turn is about 90 degrees. If a positive affirmation is designed to force a new reality into existence, trigger Tail Enders, and create conflict, we could say that it has the same effect as a sudden, 90 degree turn. If your client is travelling at 75 mph down an “anger” road, it is not very likely that they will be able to make a 90 degree turn in any direction without slamming on the brakes and spinning a few donuts. However, finding the Specific Events behind the anger and tapping through the aspects will help them take their foot off the pedal, slow down and, eventually, they will be in a better position to consider a turn.

If an affirmation is a sudden 90 degree turn, a reframe is more like veering 10 or 20 degrees. While there may be occasional exceptions, reframes are designed to be a gentle transition, but if your client has not reduced their speed considerably, they will still drive right past it. For that reason, a good reframe, or any positive change in direction, can be more effective at the end of a session, after the intensity of a Specific Event has been addressed.

Let’s look at a few reframes and see how they compare to affirmations with the following example. If you are addressing a humiliating experience between your client and her sister at age 9, there might be aspects like anger and revenge in addition to the humiliation, so once you have released the intensity for those aspects, you might try a tapping round with one of the following reframes (in italics).

A positive affirmation can create conflict in the energy system because it conflicts with the Writing on our Walls. On the contrary, a well-designed reframe will NOT create conflict.  So, if your client cannot easily accept your reframe, then it is constructed too much like an affirmation. In that case, your “degree of adjustment” is probably too strong, and the reframe will not be effective.

Further, you may notice that a reframe points toward a potential cognitive shift, or change in perception, about the issue. If designed well and presented appropriately, your reframe can help your client see possibilities about an issue that they may never have seen otherwise. With more understanding about what the other participants may have been thinking, or what their own contributions may have been to the event, your client has the opportunity to learn something valuable from every event you address, and that can truly enrich the experience of life in general.

The ultimate goal in therapy is to achieve cognitive shifts, and because reframes have been so effective in that regard, they are definitely considered an Official use of EFT.  We discuss them in more detail in the next article.