In Part I (Testing Article) you got some introductory exposure to the additional methods we can use to evaluate your results and dig up any remaining Aspects.

Putting your client in an actual situation that would normally trigger the intensity of the issue is ideal. It is not always the most convenient, and sometimes is not even possible, but if you can, give it a try once the issue seems to be resolved.

This is most appropriate for use with a Specific Event. Once the intensity seems to be clear, ask the client to exaggerate all the sights, sounds, etc and really TRY to get themselves upset. As soon as they succeed, you have found new Aspects.

Ask your client to dig up photos, videos or memorabilia connected to an issue or event that would normally trigger intensity. If the props bring up any discomfort, then there is more work to do.

Now we can expand that list for more variety. Some of these methods work better for an overall issue, some are best with Specific Events, and some are great with both. Videos follow each method with examples.

This one can be used to test Aspects or specific memories as well as generalized (global) issues.
The method is simple.  Just have the client say a direct phrase out loud that represents anything that would previously have triggered intensity, and ask how true it feels on a scale of 0-10.

Often these phrases can be taken from the tapping rounds themselves and you will know which ones are the “hot spots.”

For a Tabletop or global issue:

For a Tabletop, it is often useful to establish BEFORE and AFTER measurements on the issue so you can see if the event you addressed provided results.

If the intensity has been released, they should be comfortable saying the "Say this..." phrase. If not, more Aspects or specifics await you. One way to access those is to ask what their "self talk" was when they said the phrase. Whatever they said to themselves as a reaction to that statement can lead you to new aspects or related events.

The video below illustrates this "Say This..." Testing principle.

This involves re-enacting a disturbing memory or actual event. For example, you can mimic the voices, postures and gestures of offending persons to test whether or not there is any intensity left.  You can even ask a friend to play one of the roles and perform Tapping as he or she role plays. In the video below I give you two examples. The first one (very brief) is with LaVern wherein I learn to role play her father as he makes a hurtful comment. The second is with Sarah and shows us working together so that I can stare at her while emulating her mother's "tinny eyes."

Catch the client off guard

This involves testing your result by doing something unexpected. Depending on the context of the session, you might surprise your client by doing one of the following: (1) mimic the gestures of an abuser, (2) turn your back on the client in a manner that symbolizes his or her rejection issue, (3) raise your voice like an ex-husband or boss used to do or (4) use your imagination to fit the circumstances. Then watch your clients’ reactions. Are they startled? Do they squirm or become angry, tearful or insulted? If so, dig for more Aspects or issues because you have more work to do. If, on the other hand, there is no reaction except for smiles and calm demeanors, then you have solid evidence of success.

Here’s a classic example. I was participating with other EFT’ers in a 5 day healing workshop for over 20 clients with severe emotional issues. One of my sessions was with a badly traumatized 50 year old woman (we’ll call her Sandy) who, during her early years, had been consistently beaten and thrown down stairs and against walls by her father. She was perpetually anxious and was constantly on the lookout for impending danger, especially from men. My first exposure to this was in the first minute or two of our session when I casually raised my hand to scratch my head. She immediately flinched and cried out, “Please don’t hit me.” 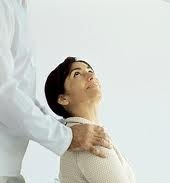 However, Sandy knew I was going to keep testing by putting my hand on her shoulder from behind. She expected it. Thus her father’s element of surprise was missing from our test and I couldn’t think of a way to recreate it during our session. So, I waited for a few hours after our session until I saw her sitting in the lobby talking to some other clients. I then caught her off guard by putting my hand on her shoulder from behind when she least expected it. To my delight, she simply turned her head toward me the same way someone would turn if they were routinely tapped on the shoulder. No startle reaction, no panic, nothing unusual.

Success! However, if she became startled I would know that we weren’t done with this issue. Very important input. Vital.

Does that mean we are done with her traumatic issues? Not really. She has an entire childhood filled with abuses. But we did manage to handle a foundational piece quite nicely. That makes the rest of the job easier.

This form of testing takes a while to develop because each client is different. Thus you need to study several cases before you can properly embed this skill. I provide three examples in the video below to get you started. The first one with Betty told me there is more work to do while the second and third ones with Mim and Annie gave evidence that we had achieved useful resolution.

Surprise your client by saying something challenging and direct that would normally cause them intensity on an issue you just addressed.

You can use any of the language that triggered your clients during a tapping round, or you can make up your own. However, the delivery is an important factor for this method. If you surprise them with the comment, and their intensity has truly been released, they will have a healthy, possibly humorous response. If not, more Aspects will be waiting for your attention.

This is similar to Catching the Client Off Guard, but with using words rather than actions.

This important testing method is the exact opposite of the gentleness often recommended by conventional therapy practices. Instead, our purpose is to jar issues out of the client by asking very graphic questions. We are aiming right at the core in hopes of locating buried troubles. The conventional practice of always being gentle, while laudable in most other respects, can work to the clients’ disadvantage by leaving too much on the table. You need to probe and sometimes it takes a crowbar.

Although this process is wrapped in brutal clothing, it is a highly respectful thing to do. Properly done, clients understand the loving intention and appreciate your efforts at digging up these burdensome emotions. Without your skills and dedication in this regard, your clients may needlessly carry around life-sapping issues that seethe under the surface for decades to come.

Was the bone coming out of the skin?
Could you see any organs?
Did you smell the blood?
Have you ever touched a dead body?

How did his breath smell?
Was anyone else watching?
Did you deserve it?
How did it feel when your head hit the ground?

For someone who went through a traumatic breakup or infidelity you might ask:

Did he/she ever love you?
Did they have sex in your bed?
Has he/she met your friends?

With rare exception, this harsh approach should only be done AFTER you are confident that you have resolved all or most of the issue with EFT. While some testing methods are designed to assess your progress as a session unfolds, these knee wobbling questions are like sledge hammers looking for remaining bits of ore in a spent gold mine. If you try them up front you may create unnecessary pain in your client.

Properly done, this method can bring up a deep well of intense issues and so it should only be done when you have plenty of time left in your session.  Accordingly, I have no videos to illustrate this method because (1) I have limited time with those on stage and (2) significant time is taken up front to establish the issue and get a bearing as to where I might go in the session.

Humor is part of my style and tends to be therapeutic in its own right. It elevates the energy of the session and dilutes the "seriousness" of the issue. It is also a fabulous testing device because the client's response to the humorous attempt can tell you a LOT about his or her progress. If they frown, cry or appear insulted, then your humor has hit a sore spot and you have important evidence that you have more to do. If there are smiles and calmness, however, you have evidence that you are getting good resolution.

The latter case is clearly shown in the below video featuring Kim, who was molested at age 6. The first 30 seconds shows an aborted humor test wherein I begin a humorous remark about her not being a karate champion.  She responds with a momentary laugh and then immediately reverts to tears of anguish (the video zooms in on this reaction so that you can see it clearly).  This is obvious evidence that we have a long way to go.

The rest of the video takes place after we spend about 20 minutes aiming EFT at this issue.  Note that she now finds great humor in my portrayal of the penis as a "dumbstick."  This is a humor test, of course, and she laughs right along with me thereby giving solid evidence that her reaction to this former "weapon" is being put into perspective. Notice that the humor in this case is off color because the topic called for it.

You will also see some "tap along" titles occasionally superimposed on the video. This is because this session came from our popular Borrowing Benefits (Easy EFT) course where people tap along with the sessions to gain impressive personal benefits. Further, for perspective, I end the video with an on stage discussion of using humor as a test.

In this article you reviewed three Testing Methods from the previous section and learned six more.